Think back to the summer of 1975….Steve Harley was top of the charts with Come Up And Make Me Smile…Jaws was the year’s blockbuster on its way to becoming one of the first movies to break though the $100m barrier and meanwhile in Hounslow, a 17-year-old local lad was joining Hounslow Borough Council as an apprentice. His name is Dave Salisbury and just over 44 years later, he is celebrating his last week in the office.

Dave has retired as a multi-trader operative, working in the aids and adaptions team and is also a trade union representative. He has famously worked incredibly hard to represent the views of his colleagues and regularly attends the LEEF – the employee engagement forums. He is due to retire officially on 28th February 2020.

Dave was originally taken on as an apprentice plumber and worked on his 4 year programme before successfully passing his corgi gas exam. Since then he moved into the kitchen & bathroom team, led by his old friend Richard White and stayed there for about 18 years. Just over four years ago he joined the aids and adaption team where he has remained until today.

Colin Gallaugher, Managing Director of Coalo said: “Firstly Dave, my heartfelt thanks to you for your amazing contribution to what was LBH, then LFM 360 and now Coalo. You are an absolute credit to your profession. It really won’t be the same place without you. You have made a much valued contribution throughout all the years of your dedicated service for Hounslow and its tenants and your legacy with the team will remain, as you have been instrumental in developing at least eight apprentices within the business . All of us at Coalo wish you the very best for your much deserved retirement and my personal thanks for helping Coalo develop into a successful and growing company - I wish you all the best Dave for a really happy retirement”.

Cllr Steve Curran, Leader of Hounslow Council also attended the function and said: “Let me also add my congratulations to Dave on his near 45 year career with us. This is an amazing achievement, one for which you should be rightly proud. I was particularly interested to see you first joined as an apprentice and have since taken on the mantle for mentoring eight other apprentices in your time here. That is just fantastic. As many of you know I am a huge fan of apprentices – we have over 200 throughout the council, and as many as 10 here in Coalo, long may that continue. I join with Colin and all your friends and colleagues here today in wishing you continued success and happiness in the future”. 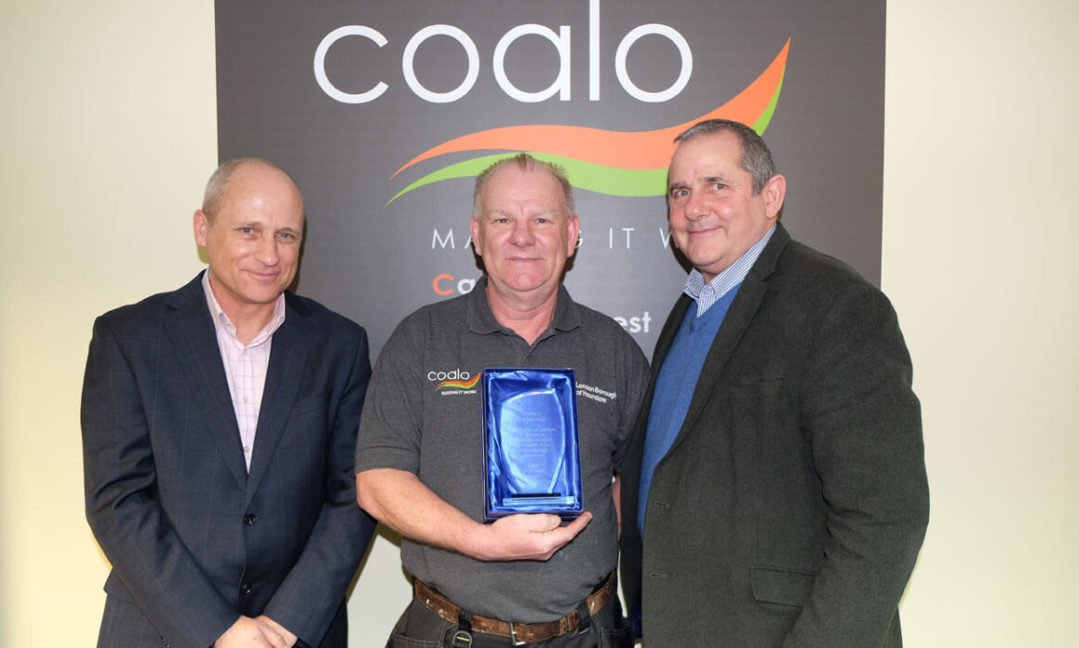